The 11 Tallest Buildings in Dubai Marina

Dubai Marina is spoiled by high-rise, some of the tallest buildings can be found here. It is home to the so called Tallest Block, as the name suggests it is a block of supertall skyscrapers that contains some of the world’s tallest residential towers. We are showcasing the 11 tallest towers in Dubai Marina.

Built in 2011 by Tiger Group, this 77-floor tower consists of 764 residential and commercial units. 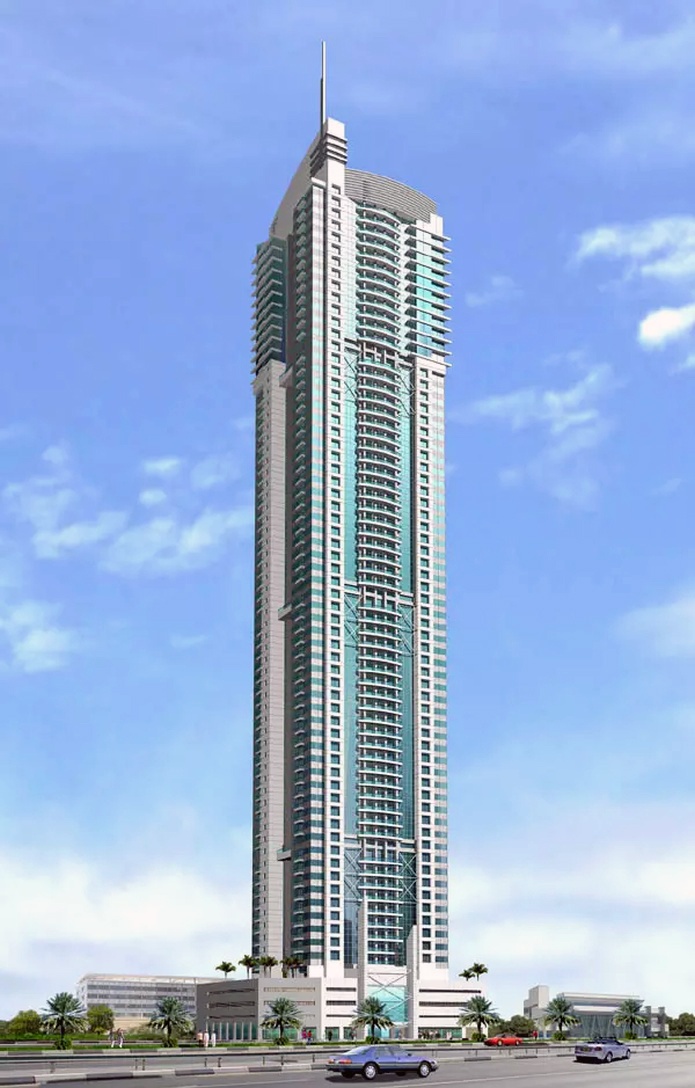 This 75-story skyscraper was completed in 2010 by Turkish conglomerate TAV. It’s famous for an unfortunate event when in July 2016 the 35th floor was caught on fire. Luckily no one was hurt. 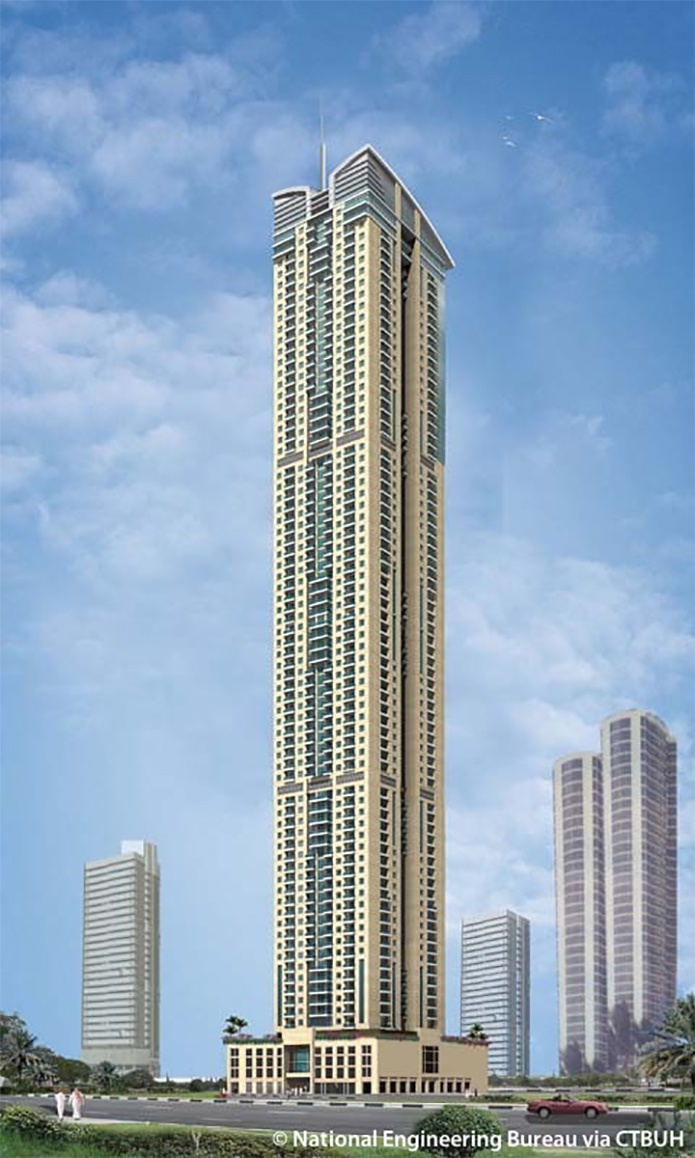 63-floors above ground in 2006, upon completion, it was the 6th tallest tower in Dubai. A lot has changed since, but it is still a spectacular skyscraper developed by the Bin Shafar Holding.

Aka the twisting tower, also known as the Infinity Tower. It has been designed by the same brilliant people at Skidmore, Owings and Merrill SOM who also worked on Burj Khalifa – the world’s tallest tower. Upon completion in 2013 it became the tallest tower in the world with a twist of 90 degrees. In 2015 the similarly beautiful Shanghai Tower took the crown which stands at an impressive 632 meters (2,073 ft). The Cayan Tower has 75 floors and 7 elevators and it’s one of the most spectacular sights to behold in Dubai Marina. Our tip: go on a dinner cruise and take a closer look from the marina and from the open sea. 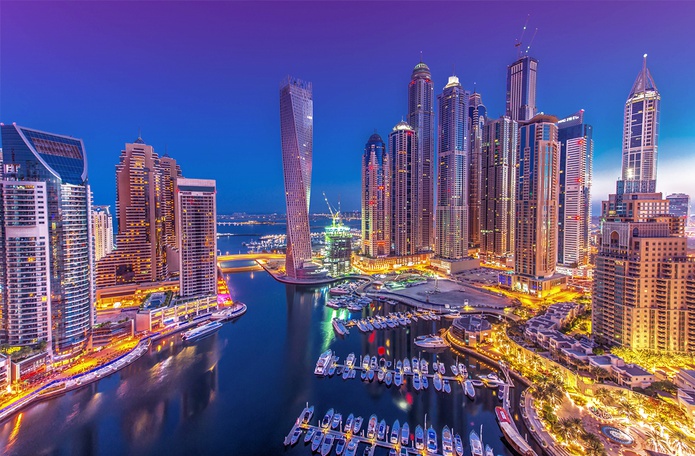 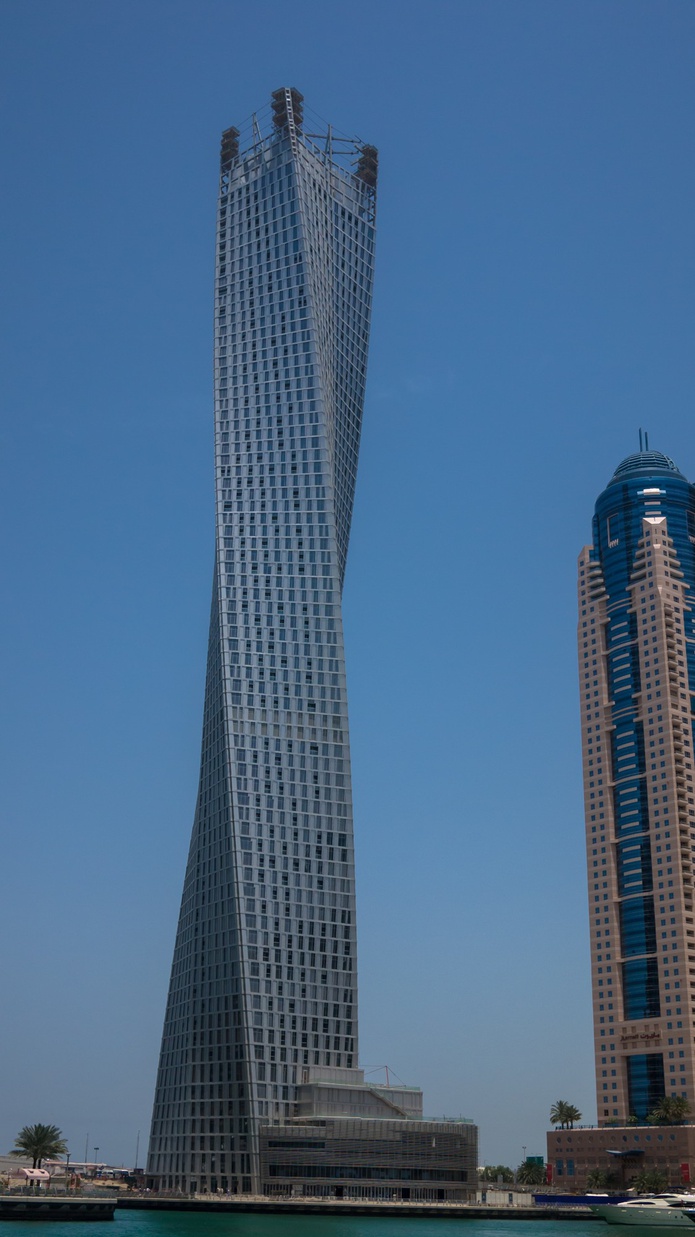 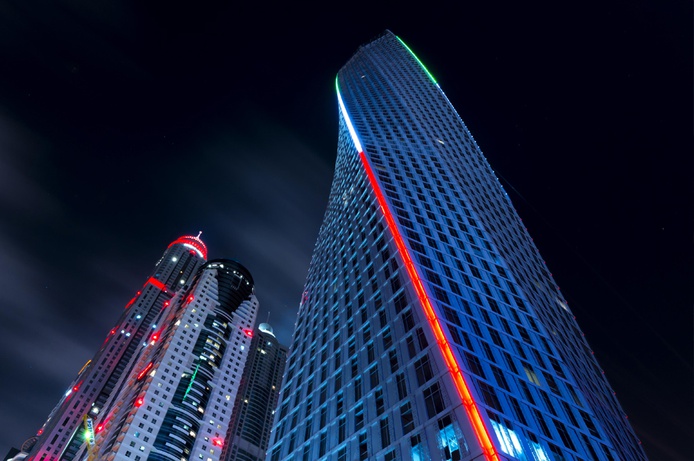 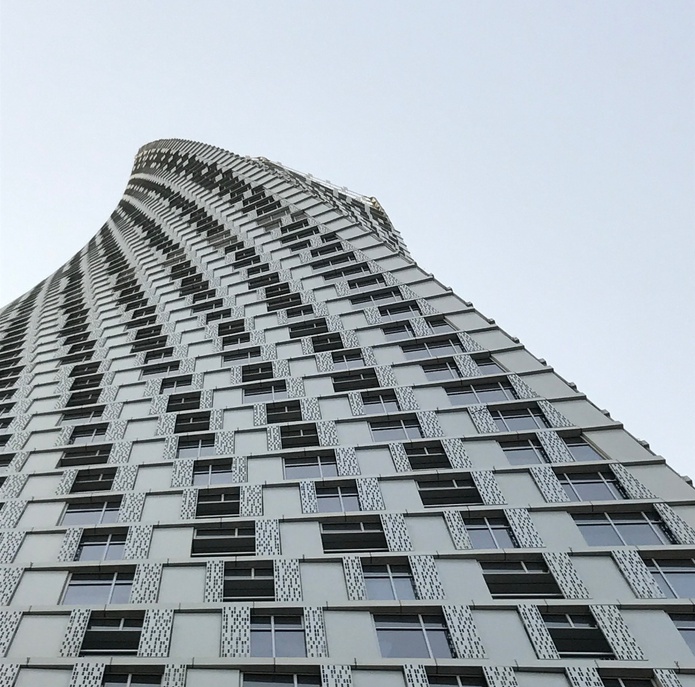 One of the 8 supertalls in Dubai Marina and as of 2017 it is the fifth-tallest residential building in the world. Supertall towers are the ones that are over 300 meters in height. Ocean Heights was completed in 2010, it has 83 floors and it was designed by Andrew Bromberg of Aedas.

If you would like to spend some nights in this tower, we have good news as Key One Homes operates from here. Click HERE to check it. 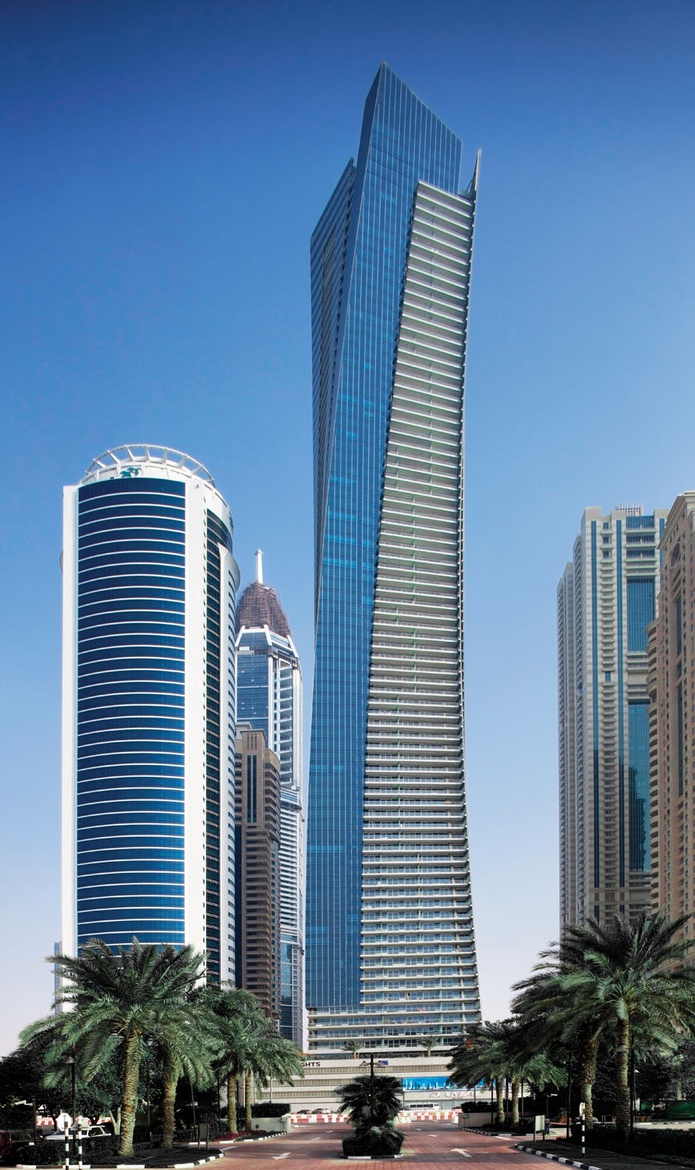 DAMAC Residenze is the big brother of Ocean Heights. Originally named as Ocean Heights 2, it is an 85-storey building which was the second supertall project by DAMAC Properties. The building has topped out in 2016 and is scheduled to open in Q4 2017. 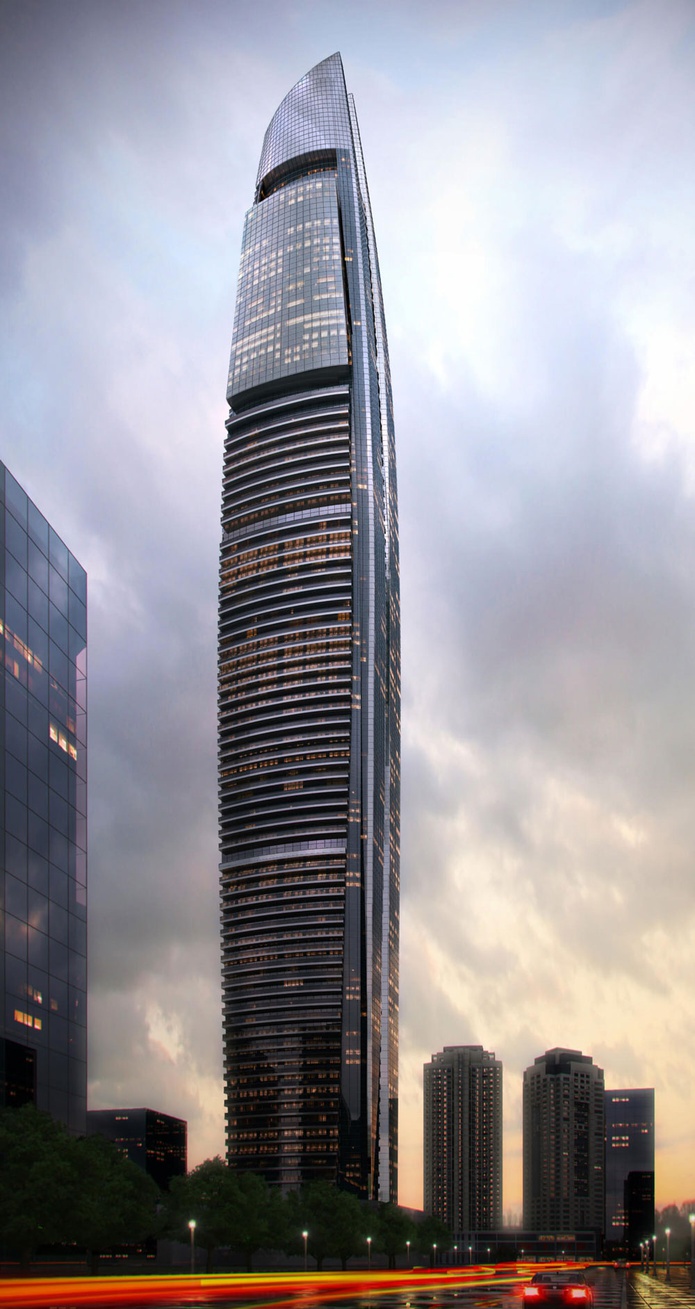 The tower is also known as The Marina Torch and the Dubai Torch Tower has 79 floors above ground. The Torch was opened to public in May 2011, and at the time it was the tallest residential building in the world. It has 676 apartments and six retail units. This tower is the other one in Dubai Marina after Sulafa Tower that caught one fire, not only once, but twice. The first time in 2015, and then in 2017. Maybe it’s time to change the name of the building? 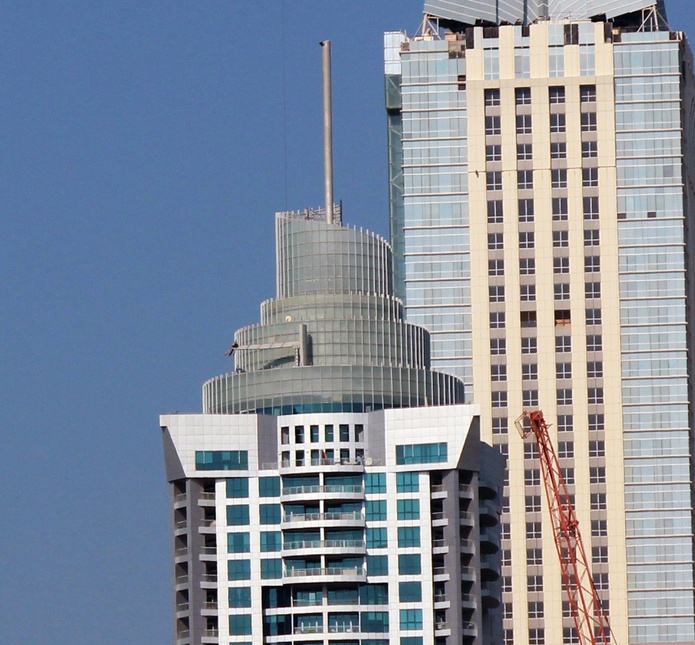 Just 0,5 meter shy of the height of Empire State Building, Elite Residence is a fully residential building with 695 apartments and their extras: swimming pools, spas, health clubs, gym, business center, parking lot and the reception area. It has 87 floors, 12 elevators and the construction was finished in 2012. In case you would like to stay the night in this classy skyscraper, you have two options: Vacation Bay or Mondo Living.

(Elite Residence is the one in the middle) 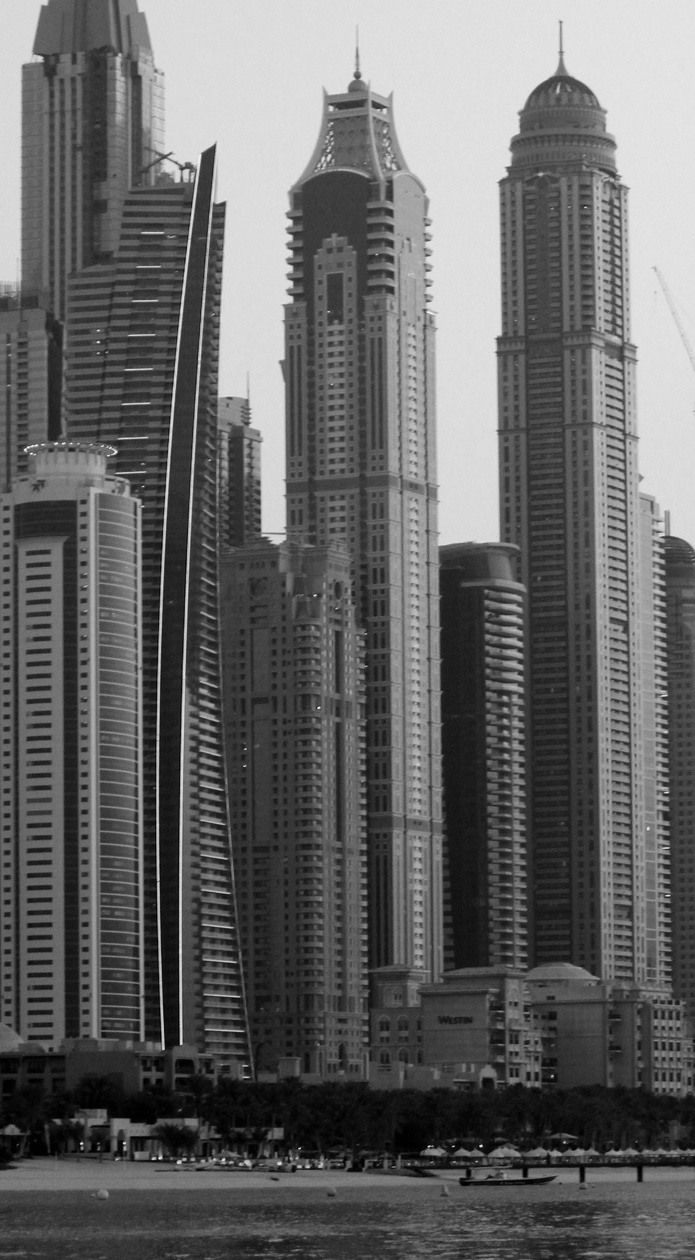 It is the third tallest building in Dubai Marina and it’s also the third tallest residential building in the world, after the Princess Tower next by, and the 432 Park Avenue in New York City. The 23 Marina is a luxurious 88-storey skyscraper with 289 apartments, 57 swimming pools (!) and ea
ch duplex has its own private elevator. 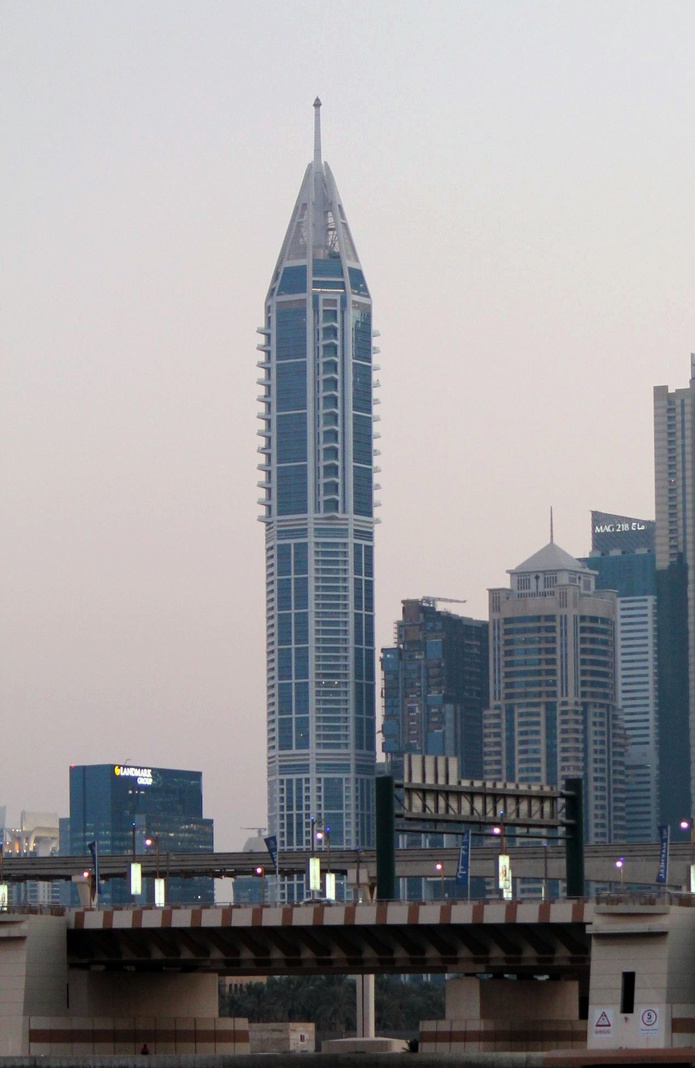 Currently third tallest building in Dubai – which won’t last long as there are new supertalls on the way – the Princess Tower is the second tallest fully residential building in the world after 432 Park Avenue in New York. It has 101 floors and 763 apartments. The building was handed over by the developer, Tameer Holdings, in September 2012.

If you are keen on staying at one of the tallest buildings in the world, you can book a night at Vacation Bay with spectacular views from the 74th floor. 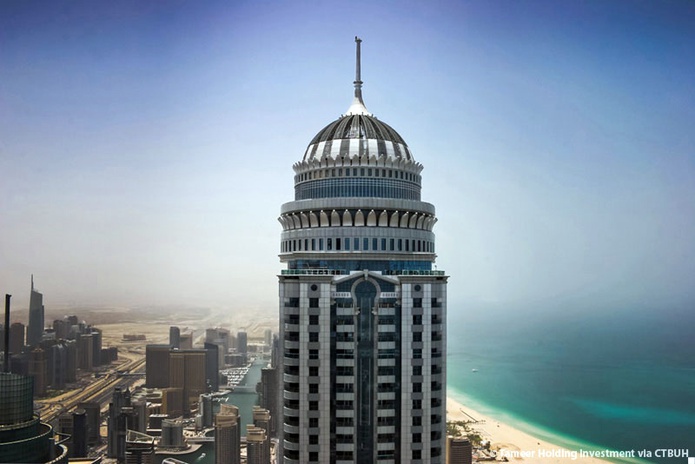 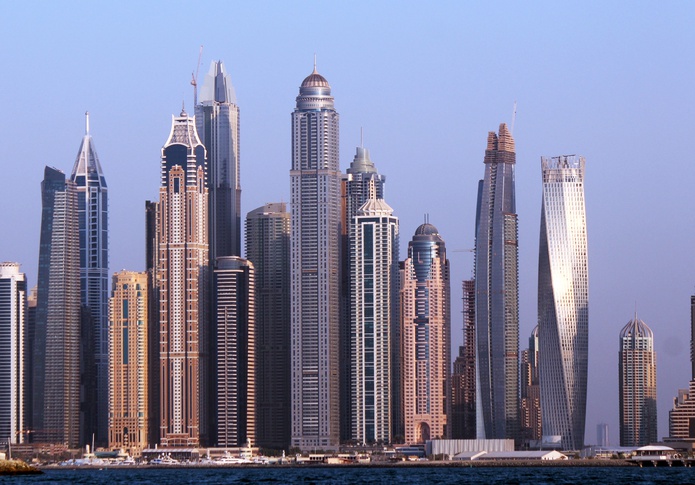 The tallest buildings in Dubai Marina at night 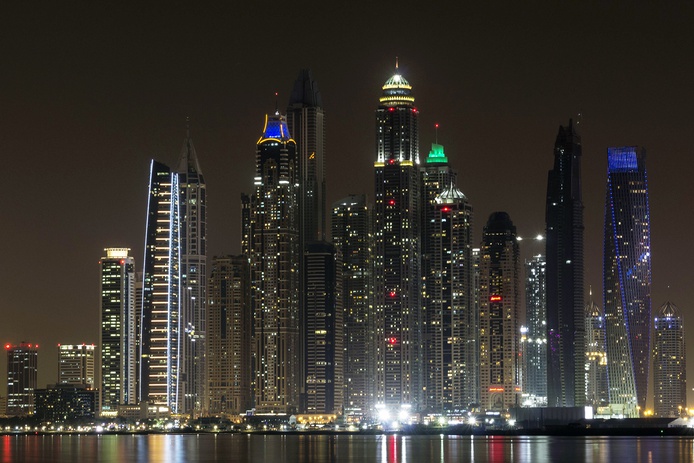