In just 5 years flying taxis over Dubai may be a common sight thanks to the collaboration of a German manufacturer that created an autonomous multicopter and the Dubai authorities. Dubai would become the first city in the world to offer flying taxi service. The Volocopter is a fully electric that is powered by 9 lithium-ion battery packs and it can fly up to 27 km (17 mi) at an optimal speed in urban areas.

The Volocopter is the world’s first multicopter with a certificate for manned flight and it complies with the strict German and International safety standards. It’s an ultralight aircraft that can carry 2 people at the same time. The Volocopter itself weights 290 kg and it can lift an additional 160 kg for take off. The urban-copter features 18 rotors and can fly at speeds of up-to 100 km/h (62 mph). The noise level while flying is only 65 dB(A) at 75 m, that is less noisy than cars at motorway speeds. 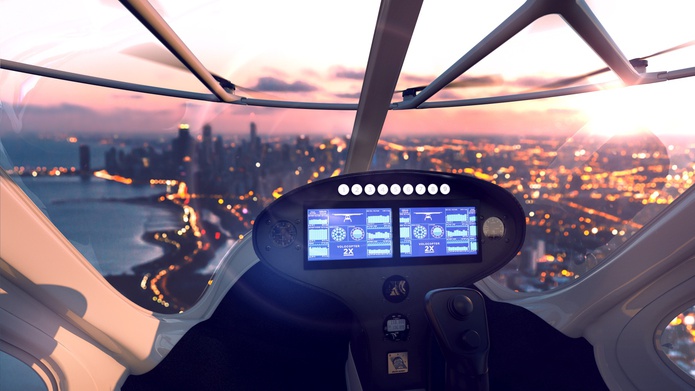 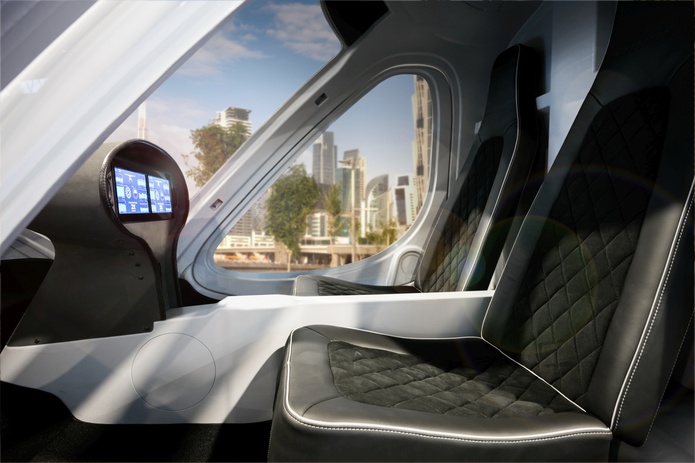 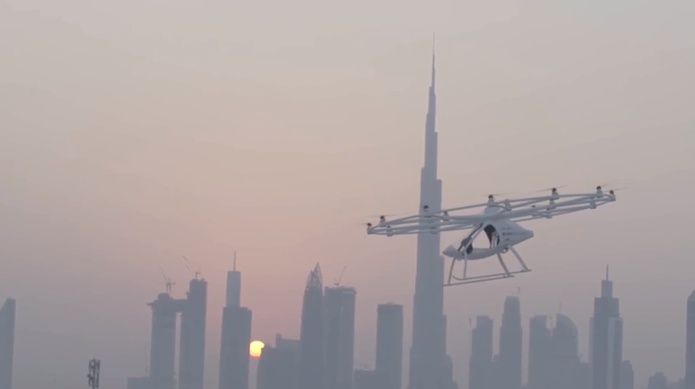